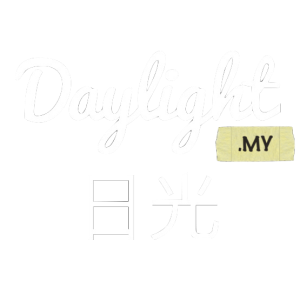 The Johor incident started in 2014. At that time, the incident was contained in a tight lid, only the need-to-know were aware of it. Our Johor comrades did not make any big outcry because they understood that these would have negative effect to our members’ faith and practice. For the sake of SGM, Johor comrades engaged in closed door dialogues with SGM leaders in KL. If any of the Johor leaders would like to supply details of what happened during 2014 and 2015, please contact us.

What we are sharing in this website are things we have personally witnessed. And what we saw in this short time frame of ten months were really ugly stuff, stuff you never expected to see in a faith and just organization such as SGM and from leaders whom you trusted. If Ikeda Sensei was aware of this, we were sure his heart would be heartbroken as he had high hopes for Malaysia to be the hub of kosen-rufu in South East Asia.

We wanted this out in the open for people to read. We didn’t want the Johor incident to be forgotten as time rolled by. Many SGM leaders hoped this will happen, that time will hide everything.

The Johor incident was about misappropriation of funds and potential corruption allegations from past were being dug out. But these were things which we didn’t witness, so we won’t talk about it. What we saw was how SGM responded and the repercussion from those responses. The high-handed way of handling the matter had destroyed the harmony and unity of the organization, causing mistrust and hatred among leaders and members, which we feel was the sole responsibility of the General Director and the 6 top leaders of the Executive Central Committee. Their failures to manage this situation should be enough reasons for them to tender their resignation and stepped down. Their refusal to do so created even more questions and suspicions.

For instance, on Nov 2015, General Director of SGM made leadership changes. We saw many leaders in 4 Division losing their Chief positions and new leaders being announced in their place. What’s unusual was that the names of the leaders stepping down were people who voiced concerns over the Johor incident.

Further to this, more issues were revealed:

We believe you can make your own judgement from these observations which we witnessed in the past 10 months. We also request that you start asking these questions to your own leaders. Find out the truth yourself. You will be surprised to uncover even more holes. We even put together a Q&A for you to prepare for your dialogue.

As we have stated at the beginning, we are not against SGM as an organization. We are against the current leadership at the very top, which are not able to manage the situation and not able to provide satisfactory answers to many of the questions that was raised. We also feel that if they resigned and conducted a re-election by the grassroot members and leaders, many of these issues would be settled. People are willing to forgive and move on. Unfortunately, they acted selfishly for their own agenda (little self) instead of for SGM and the future of kosen-rufu in Malaysia (bigger self).

Do you want these leaders guiding your faith? How are they going to lead kosen-rufu in Malaysia in the the future?